Ground mount systems are becoming more and more common in rural areas where roof real estate tends to be a lot less.

There are a lot of considerations to look at with ground mount:

This article looks at the connection between Agrivoltaics and ground mount solar systems.

So with ground mount systems we are looking at a completely different canvas from roof mount.

Other considerations include is the area a flood plain? You really don't want to be designing your ground mount system in an area that has an ephemeral nature.

In other words it can be flooded for three or four months of the year and then dry for the rest. Also when it comes to clays reactive clays are probably one of the worst things that you can put a ground mount system on because crack sizes can decrease and increase when it gets wet and when it when it dries out and this has resulted historically in a lot of the earlier solar farms developing a bit of a lean and contractors have had to go to site and basically put a concrete collar around these posts to establish  their original vertical position.

When it comes to configuration in a roof situation, commercial solar companies will design for the panels to be flat to the roof or on tilt and the decision is based on the physical nature of the roof and it's weighted against cost benefit analysis around increased labour cost versus more output versus system price but with ground mount systems in nearly all cases panels are tilted at the optimum the location in question.

The concept of agri-voltaics came about in 1981 and effectively what it means is the combination of renewable energy,  in most cases solar but also wind farms,  with cropping and the use of livestock.

So how does it work?

The solar panels are put into a ground mount configuration with some slight variations on your standard ground mount. In some cases they are set up a lot higher so more available light can come in under the panel.

The row spacing can sometimes be wider to allow crops to flourish and animals to graze and the other option is when the panels are actually placed,  instead of being butted up against each other with a 15 to 25-30 mm gap they tend to have a wider gap.

So what we're talking about is a mixed land proposition where the panels are producing an income in addition to livestock and/or cropping also contributing.

Also there are  advantages because of the potential micro climate created by the solar panels that may allow the farmer to grow other crops that previously he wasn't able to higher temperatures etc.

Arizona University has a site where the panels are three metres off the ground the tomato production doubled and the water efficiency t increased by 157%.

What it comes down to is this; when you place any structure anywhere it'll create an effect so if I place a shading structure out on a rural setting or anywhere it will create its own microclimate not only under the panels but around the panels and those effects will be transferred to whatever else is living  or growing under the panel.

In addition there's been numerous studies in regards to bird strikes so in other words sheep giving birth to lambs are very susceptible to eagles especially in Australia and the solar panels actually installed on grazing land panels act as a barrier or a deterrent against the eagles.

There'll be some areas of land that are totally suitable only for agriculture and you wouldn't want to put a commercial ground out system and then at the other extreme there's areas of land that would only benefit from a commercial solar system but they're the extremes and most land tends to fall in the middle so it's finding that mix, that energy density of the solar panel array, what crops can be grown or stocking rates with  sheep or cattle and in some cases there's been examples where there's been crops, livestock and renewable energy all grown together.

If you’d like to see more of what Greenwood Solutions get up to in the real world of renewable energy, solar, battery storage and grid protection check out our industry and commercial pages: 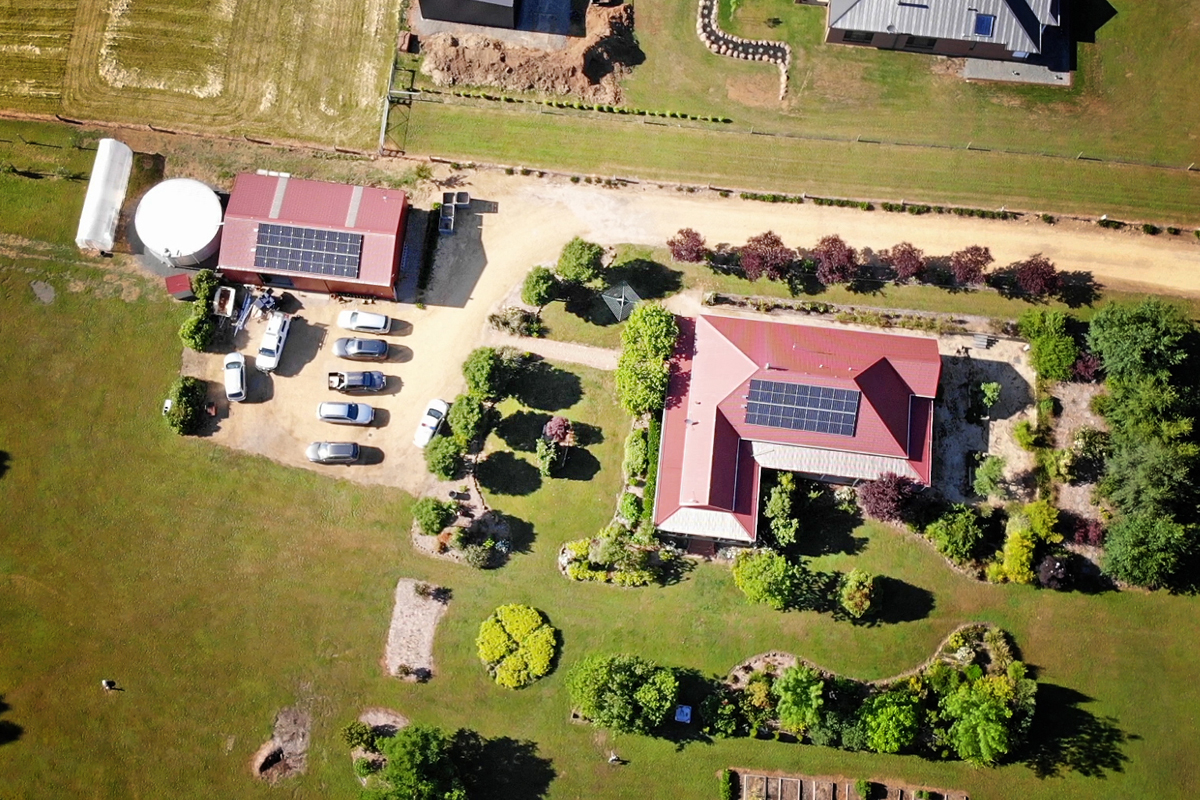 Solar and batteries; life in the Mountains

MC4 connections: how to crimp correctly

How to select the best solar panel based on degradation rates: continued

How to select the best solar panel based on degradation rates: a spreadsheet approach

How to set up a solar DC combiner box